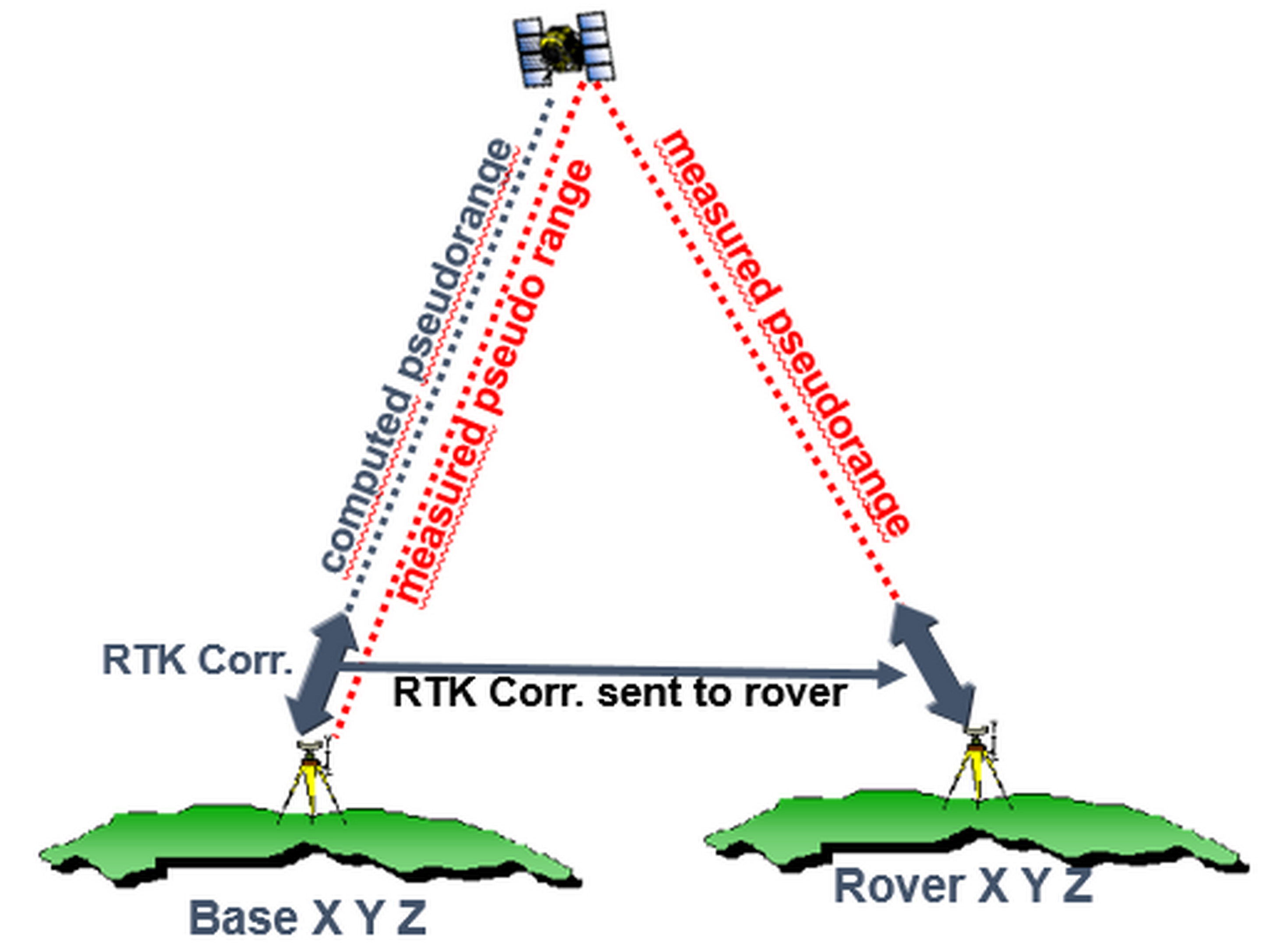 Real-time kinematic (RTK) positioning is a technique used to enhance the precision of position data derived from GNSS.  It uses two GNSS receivers fitted with UHF radio referred as base and rover. The position of the base receiver is known precisely or computed within the receiver. Both receivers track the same satellites at the same time and pseudorange vector is measured in each case.

The pseudorange is measured from phase measurements from the GNSS signal. From known base coordinates and the coordinates of the satellite as received from the GNSS signal at that instant if time is computed. The two pseudoranges are compared and correction computed. The correction is then transmitted to rover which then upgrades its position. All this happening in real time. Through this technique we are able to acquire very accurate solutions relative to the coordinates of the base.  If base coordinates are accurate, then rover would be accurate to centimeter/millimeter level.

The RTK corrections can also be transmitted over the internet and some GNSS receiver have this capacity. The advantage of this is that longer base/rover distances are achievable. A single GNSS base station can support more than one client. The accuracy of the rover position however decreases with the distance from the base whose function is normally provided by the manufacturer.